My WIP is currently in the hands of some new betas, so I wanted to take a moment to talk about where to find beta readers and why they are awesome. 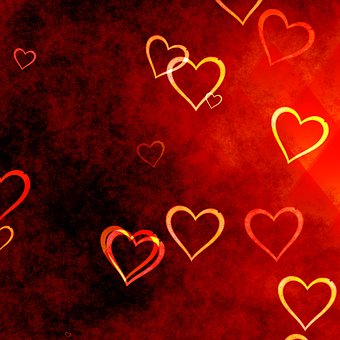 WHY USE BETA READERS

Writers tend to turn blind to their own text. This is nothing to be ashamed of; it’s a simple fact. It doesn’t mean that you’re a bad writer. It’s simply hard to say how the story you see in your head comes across to the readers. Beta readers are the test audience who can tell you if the plot needs work, how the characters come across, if the pacing is good, and so on.

It’s not just about this one book that you’re working on; beta feedback can help you improve your overall skills as a writer. English is not my first language, but everyone always told me how excellent my English is…that is, until I gave my first manuscript to my first beta reader who told me that grammar is not my strong point and that hiring a professional editor is a must. After a lifetime of praise it was a bit of a shock to hear that, but man, I’m so grateful for it. Because she was absolutely right.

The beta readers for an early draft of His Hostage also reported that entire chapters were boring, the story content didn’t fit the intended genre, the character motives didn’t make sense, and that the sex scenes had pretty much everything wrong with them—too much telling, too little showing, lacking heat, the main character was emotionally disconnected from the whole thing, etc. etc.

A quote from beta feedback in November 2015: “I liked this up until the sex.”

A quote from a review by an Amazon customer in December 2016: “This author writes the best sex scenes I’ve read in a long time…”

I can honestly say that without the help from my beta readers I would be publishing rubbish.

BEFORE LOOKING FOR A BETA

Make sure you have the right attitude; you want to improve. Beta readers are not supposed to be cheerleaders; they’re supposed to give feedback on whether your story delivers or not. Many wannabe authors seem to be after unconditional praise and get offended when the beta reader offers suggestions for improvement. But seriously, if your book still needs work, would you rather hear about it before or after you publish?

Brace yourself for honest feedback and love the beta reader who gives it. Your book is worth it.

WHERE TO FIND BETA READERS

My favorite place is Goodreads. I’ve found my beta readers mainly from these groups:

Friends and family are not the best choice for betas. Of course there are always exceptions, but the problem with friends and family is that they don’t want to hurt your feelings, so they might not be honest with you even if your story sucks. And if they happen to be honest with you, it might be the end of your friendship, depending on how badly you lash out. Strangers make better beta readers because they have less pressure to please you and you won’t take their opinions too personally.

HOW MANY BETA READERS SHOULD I GET?

One beta is of course better than no beta at all, but different people have different opinions. One beta reader might love how bossy your male protagonist is, but three others might find him an offensive jerk. It’s entirely possible that you get polar opposite opinions (has happened to me), so the more betas you have, the easier it is to see where the problems are and what you should do about them.

HOW TO ASK FOR A BETA

For example, my post on Goodreads’ Beta Reader Group on January 14th: Nobody actually replied to this one, but no biggie. Post your request in several groups to improve your chances. Always include the genre of your work, the word count, and the blurb. This is a good way to figure out whether your blurb is attractive (mine still needs work, I think… 😀 ).

You can also contact beta readers who advertise themselves on Goodreads, but pay attention to what their preferred genres are. Ideally, your beta readers should represent your future target audience.

Beta readers might hesitate to read your manuscript if they suspect that you can’t handle critique. Whenever I ask for a beta reader I say that I’m looking for brutally honest feedback (because it’s true). I try to convey that I appreciate the feedback, whatever it might be.

Also, don’t be picky and don’t be unreasonable. Beta readers are not professional writing coaches, and if your manuscript is 200k words you can’t expect them to give you a full plot breakdown and edit it for you. I sometimes see authors on Goodreads bitching about how the beta reader failed to be as thorough as they wanted, or failed to observe the author’s sensibilities when giving feedback, or that the beta reader’s comments had spelling errors in them. Jeez. If someone agrees to read you whole manuscript for free and give honest feedback, you should be grateful for anything you get.

PROS OF A PAID BETA

PROS OF A FREE BETA

I’ve only been working with free beta readers so far. I’m poor. I operate on a tight budget, and my biggest investment is my editor; I can’t afford to pay beta readers on top of that. But that’s fine because I prefer a realistic test audience. There’s a lot of uncertainty involved because I never know beforehand how many beta readers I find and how soon they can read my manuscript. I’ve also had beta readers who couldn’t finish reading because real life got in the way. That’s okay. That’s another reason to grab more than one. I love it that my beta readers are a mixed bag because that’s what the real readers are going to be like as well.

BUT WHAT IF A BETA READER STEALS MY BOOK?

I think this crosses all our minds at some point. You’re sending your baby to a complete stranger without any idea how it’s going to be treated. I was scared at first and I read posts on this topic to see how founded my fear was. The result: it’s unfounded.

People who offer to beta read are mostly writers paying it forward (like me; I beta read too) or avid readers who want to help in the creative process. I’ve sent my manuscripts (or pieces of them) to 20 people all over the world—zero problems. I never heard of anyone getting their work stolen, let alone anything bad happening to mine. I’ve met amazingly wonderful people through beta reading—actually several of my betas turned into good friends and long-term critique partners.

But if you’re still uncomfortable with trusting a random stranger, consider doing a beta swap with another author of your genre. That way you’re both in the same position. You might also feel safer with a paid beta. After all, it should be an arrangement that works for you.

Good luck with finding beta readers! And if any of my betas happen to read this—you are awesome, thank you so much for what you do!

4 thoughts to “BETA READERS – WHERE HOW WHY”