I’m terrible with titles. I can come up with a story easily enough, but I can never think of what to call it. The WIPs on my hard drive have names like The Italian Holiday, The Free State, Berlin Underground… Sounds great, if I was writing travel guides. But I write steamy, fast-paced romances about brooding alpha males and their ladies. I need my book titles to reflect that! 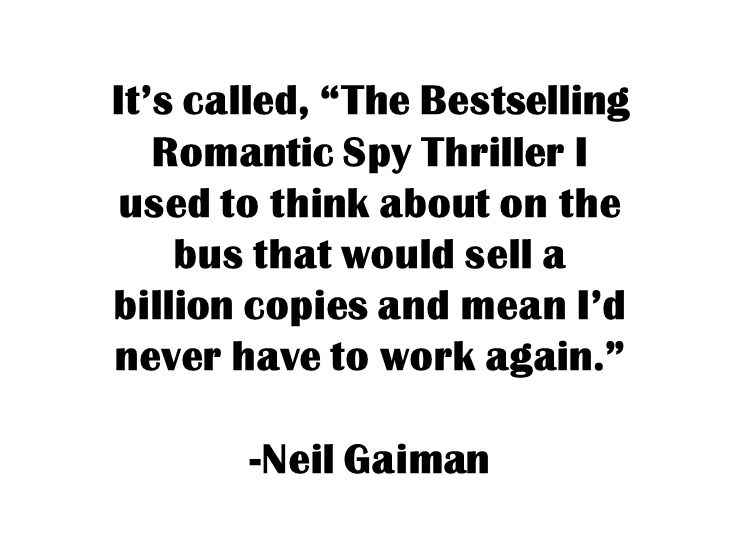 WHY A GOOD TITLE IS IMPORTANT

The book’s title and the cover image are the first things the potential reader sees. We shouldn’t be sloppy here. When a new reader comes across your book, you only have a few seconds to catch their interest before they move on.

I love the book title guideline Tucker Max gives in his blog. Ask yourself this question:

If you were to tell someone the title of your book at a party, would they have to ask what it’s about?

If the answer is yes, you might want to rethink your title.

A reader who stumbles upon your book is like that stranger at a party, except that the reader is not going to stick around and wait for you to explain what your book is about. A few seconds, remember.

But like with all guidelines, you shouldn’t take this advice too seriously. It’s probably impossible to come up with something that instantly gives everyone the right idea. Think in broad strokes—can they guess the genre? And the tone? Or will they confuse your horror novel for something light and humorous?

MY WORKING TITLES THAT DIDN’T WORK

The original name of the manuscript was The Long Weekend of Evelyn Moorland. I thought it was such a great title and I was so proud of it I already had it on the cover, ready to be published. 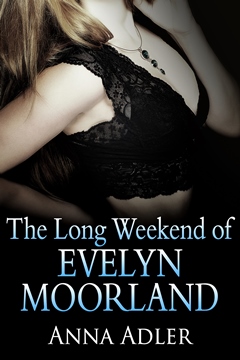 With a little more experience (ahem) I see now that it’s too long, too vague, and not particularly sexy. It might be a good title for another genre, but it doesn’t really work for a steamy kidnap fantasy. 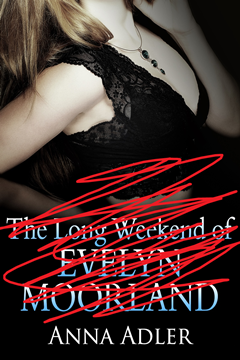 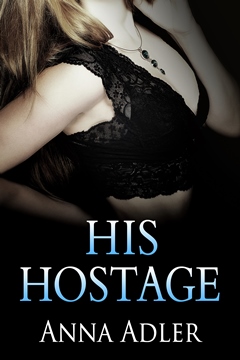 A lot better, isn’t it? This says more about the genre and the actual plot. It’s way more dramatic, too.

It’s funny that I’ve tried so hard to learn about book titles, and yet I have such a hard time coming up with good ones. I thought The Long Weekend of Evelyn Moorland was brilliant. It was my beta readers (bless them!) who pointed out that I should switch my title to a better one.

The credit for the title His Hostage actually goes to my critique partner, friend, and fellow author A.C. Melody. Her suggestion was, “…’Hostage’ or something like that…not only is Evie Hal’s hostage, she also ‘plays’ his hostage a few times to get him out of sticky situations.”

So hence the title His Hostage. Thanks A.C., you rock!

The manuscript originally went by the working title Her Alien Pet—cute, right? If you search this title on Amazon, you’ll come across a bunch of cartoons for small children. Do I want my super steamy scifi romance to sound like a children’s book? Um, no.

I tried Captive Alien next, but my beta readers shook their heads. Unappealing.

What about Untamed? Turns out this is such a popular title that there are at least twenty different books on Amazon called Untamed.

After some further brainstorming with my betas, I decided on Hers, Untamed. This reflects the plot, the relationship dynamic, as well as the genre pretty well. At least I think so. And as a cherry on top, there are no books with this title yet!

WOULD YOU LIKE YOUR BOOK TITLE RARE OR WELL DONE?

It’s a bit of a balancing act to find a catchy, genre-appropriate title that is also unique. A one-of-a-kind title helps your book to stand out from the crowd, but landing such a title can be tricky, as I discovered.

In spring 2016, when The Long Weekend BlahBlah became His Hostage, I immediately went and searched the title on Amazon and Goodreads—no matches! No existing books by that name. I bought an ISBN, did the formatting, published the book…and then I realized that someone else had just published a book also called His Hostage.

So my title didn’t end up being as unique as I’d hoped. Bummer.

If this happens to you, no need to panic.

The truth is that these accidents are fairly common. Think about those twenty plus books called Untamed I mentioned above. Search any short, dramatic title and see how many hits you get. Certain titles are already used many times over, and if you come up with something new, the odds are that someone else will independently have the same idea before long.

Rights of Writers has an excellent related post that I think every author should read: Titles and the Law: Can I Call My Novel “The Great Gatsby”?

(No, don’t call your book The Great Gatsby, stay the hell away from famous titles.)

Book titles are not copyright protected—thankfully, because imagine the mess we’d have on our hands if every author had to come up with a never-used-before title for every single book. A lawsuit nightmare about who had what idea first. I think we’re all very lucky this is not the case.

In a nutshell, it’s okay to use the same title as someone else, as long as you’re not misleading the readers. You never want to imitate someone else’s brand. It’s very important that the readers can tell the books apart and grab the one they want.

In my case, it appears that the cover, the author name, and the subtitle are enough to distinguish my His Hostage from the other. No reader or reviewer complained about confusion so far, so I’m perfectly happy with the title and I’m happy with the situation in general. I will strive to come up with unique book titles also in the future, but if I end up sharing a title with another author, or twenty other authors, so be it.

Do you ever have difficulty naming your stories? How do you come up with your book titles? Is your book title one of a kind, or are there also other books by that name? Let me know in the comments, I’m interested!

8 thoughts to “MY TROUBLES WITH PICKING A BOOK TITLE”