So my debut novel His Hostage has been out for a year and keeping it selling is an ongoing challenge. I’m constantly on the lookout for new book promotion opportunities. A few months ago, I attended a webinar by Nick Stephenson and Mark Dawson about the Amazon Marketing Services, and I’ve been eager to try it out ever since.

You can use AMS if your book is published through KDP or KDP Select, and as it happens, His Hostage fits the bill. I ran a two-week campaign just now and I was really happy with the results.

HOW TO SET UP AN AD CAMPAIGN ON AMS

AMS can be a bit tough to figure out from scratch. I found this FREE guidebook by Mark Dawson and Joseph Alexander immensely helpful:

This book is super short and to the point. It takes maybe ten minutes to read and it gives step-by-step instructions on how to set up an effective ad campaign. Highly recommended!

Here’s how I created my ad:

You can set up a predefined time period for your ad, or you can simply have it running until further notice. I let my ad run without an end date. It gave better leeway for experimenting, and this way you can pause or kill the ad anytime you want.

Amazon wants to know how much you’re prepared to spend per day (I chose the minimum amount: 1 USD per day), and how much you’re willing to pay per click. The ad runs on cost-per-click basis, which is great. If no one clicks on your ad, Amazon essentially showcases your book for free.

I chose 0.25 USD as my initial CPC (Cost Per Click), but two days later I lowered it to 0.15 because this seemed to work well enough. You can go as low as 0.02 for your CPC, but this reduces the chance of your ad getting displayed.

If you get too many clicks—my maximum daily budget was 1 USD—Amazon pauses the ad once the daily budget has been reached, and restarts it the next day. My ad actually ran out of budget every day and Amazon kept sending me suggestions to increase it, but I happily ignored it.

4. Enter Keywords and Your Ad Text

I have to say, coming up with 1,000 keywords is a pretty tall order. Even with help from a friend I only managed to scrape together about 400. But you can keep adding keywords to your campaign anytime, so you don’t have to get it right on the first try. You can change your keywords, their CPC, and your daily budget whenever you want. I love how flexible this system is. The only thing you can’t change after the ad goes live is the 150-character advertisement text you need to enter. So think of a good slogan because this is the one thing that sticks after you publish the ad.

My sales figures improved significantly during the campaign, as evidenced by His Hostage‘s bestseller ranking: 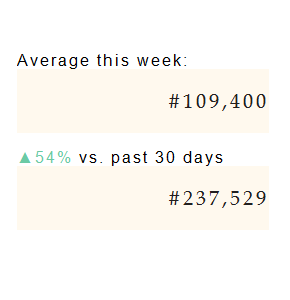 This two-week experiment cost me only about 15 USD and the ad definitely made profit. My ad received over 46,000 impressions, meaning it was shown this many times to Amazon customers. That’s pretty impressive, I think. Only a tiny fraction of these people actually clicked on the ad and even fewer bought the book, but that doesn’t matter because I also value visibility. Even if people don’t buy my book, at least they now know it exists.

If my ad had kept working like a charm, I would have kept it running, but the sales died down after two weeks. So I terminated my ad, but I will definitely try this again. I found AMS affordable, effective, and easy to use once you get the hang of it.

THE ONE BIG DOWNSIDE OF AMS

I have this dreadful habit of checking my sales dashboard a million times a day. I know this is what senior authors say you shouldn’t do because it’s just a waste of time. Well, I haven’t grown out of it yet…

AMS ads require monitoring and optimizing in order to make them profitable. It’s not a good idea to just set up something and leave it running for months without supervision. But I found tweaking my AMS ad and following how well my keywords are doing even more addictive than the sales dashboard checking. I could play with this damn thing all day, looking for new keywords and adding them and seeing how many hits, clicks and sales they generate.

So AMS is bad for my attention span and time management. They have made book promotion fun and addictive to a micromanaging nutcase like me, but I have other things to do!

Such as writing books. 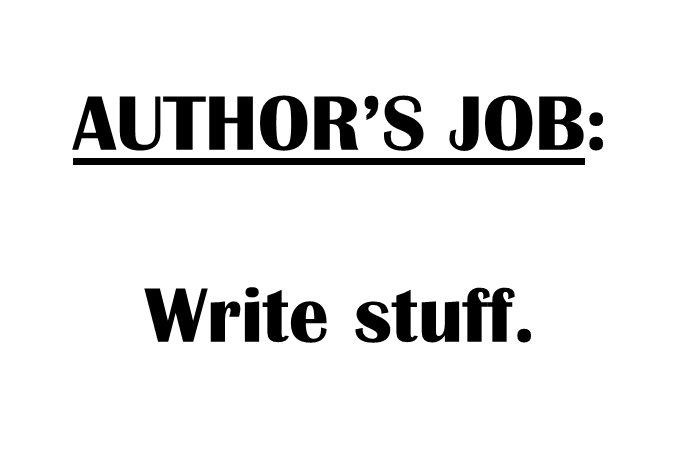 Have you tried AMS or are you planning to? What book promotion services have you used? Is there something you would recommend to your fellow indies? Let me know in the comments!

4 thoughts to “MY FIRST EXPERIENCE WITH AMAZON MARKETING SERVICES”